If you were to take Immanuel Kant’s political ideas with the spin I put on them yesterday, he’d be a guide to liberation and peace. In many ways, he still is. But there are some important aspects of his thinking the prevent people today from adopting his ideas as if we were simple Kantians.

I don’t just mean the huge number of possible interpretations that the term ‘Kantian’ includes. There’s so much diversity of thought in the umbrella of Kant’s influence – even among the thinkers who consider themselves loyal to him – that the term is at best a general description of a few key tendencies. 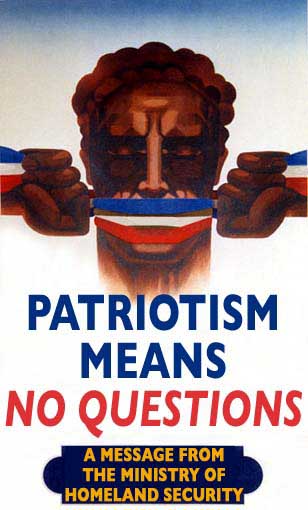 No, I’m talking about something less to do with the history of philosophy (or philosophical history) and just plain history.

For all the high-horse talk that academic philosophers can sometimes spout about the universal nature of their questions, how we engage those universal human questions changes with the context of our eras. Kant is no exception.

The best example I can think of right now* is the label he gives to that society of free people. Yesterday, I described Kant’s vision of a free society – a society of people who exercise their freedom by safeguarding and protecting the freedoms of everyone else. But I didn’t give Kant’s name for it.

* Because I literally read it three days ago.

He called it “the patriotic state.”

For someone reading this in 2017, that is a mind-fuck. When I hear the word ‘patriotic,’ I typically conjure up images of incredible conservatism. I remember my first years as a young adult, watching American political leaders and ordinary people quashing dissent and even mild critique of W and his clique in the name of patriotism.

Patriotism – as a word – I hear as a clarion call to conformity, to silence, to obedience. In 2017, the word ‘patriotism’ has more connotations of authoritarianism and even political violence than it does freedom. Think of the right-wing media jerks who laugh with glee when they hear of protestors beaten in the streets. That's what they get for their lack of patriotism.

Yet in 1792, patriotism meant freedom. In fact, it was dangerous. Kant’s own writings faced censorship by the government of his country Prussia. He’d written essays that took years to see the light of day because his state authorities deemed them unsuitable dissent.

When Kant called his vision of a society of universal mutual responsibility the patriotic state, he contrasted it with the paternalistic state. Paternalism was the ideology of central Europe’s kings and princes.

The royalty that ruled because they saw themselves as the only class of people capable of ruling the disorganized masses. Ordinary people – so says paternalistic, monarchist ideology – are stupid, impulsive, permanent children who need a strong authority to guide them to proper behaviour.

Paternalism is the political order of obedience, hierarchy, and authoritarianism. The King is the stern father, and the police forces are his rod bringing necessary discipline to his children – the subjects – so that they will obey and do right.

Kant’s vision of patriotism reflects the popular understanding of the idea as it arose in the French Revolution of 1789. It was the idea that the ordinary people of a society really could take a leadership position. That they could participate in the institutions of their state in ways other than the chaos of greed and unrestrained desire.

Kant’s entire political philosophy is based on the notion that the masses can become mature, can be masters of their state, government, and society. That they can achieve the maturity to carry their societies along an arc of continuing moral progress. And that they need only the regulation of their own reason and intelligence to do it.

It turns the logic of paternalism on its head, while accepting some of its basic language. If the paternalists believed the people to be continual children, Kant and the patriots would say – No, everyone can grow up.

Everyone can be reasonable. That principle is the foundation of his philosophical commitment to democracy, even as he lived in one of the most strict monarchies of central Europe.

But he spoke language that was very much of his own time, that expressed the conflicts of his own society – between the paternalist authority of monarchy and the universal freedom of patriotic republicanism.

That authoritarian forces could, even after many years, capture the language of patriotism for their own ends speaks to the tenacity of the human lust for power and control. We can never stop being vigilant. No victory is ever permanent or assured.
Posted by Adam Riggio at 02:00