Now and then, I have doubts about myself and my artistic work. Everyone has moments of self-doubt. Different things bring them on for everyone. Sometimes, I feel really proud of what I write here, for instance. And sometimes, it can feel futile.

Blogging is a weird thing. As it unfolds day to day, it’s basically the musings of one person. These one-person blogs aren’t even really the currency of the internet the way they used to be. In a lot of ways, I’m years late to this party.

But I was too young and immature to have anything to say in those early days when folks like Andrew Sullivan and Matthew Yglesias were getting their careers started.

I started a blog with a title that was one of my favourite lines from Sylvester McCoy’s Doctor Who, filled it with whatever opinions I had, and deleted the whole thing years later because it just wasn't really all that noteworthy and a little humiliating for all its emptiness. 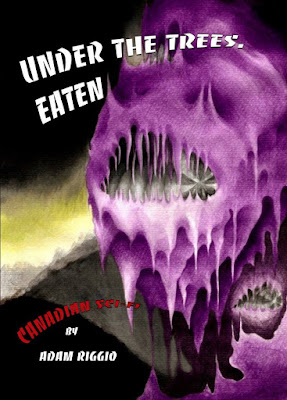 Now, at least, I’ve achieved at least a few small things, and I have a general mission for the blog based on my published writing. A book of philosophy, a short novel, a produced play, and a series of articles and opinion pieces across several research and popular platforms. It’s a small profile, but it exists.

The blogging platform that’s the home of the ordinary person now is Twitter. It’s a wonderful medium in many ways – I’ve had wonderful conversations with people all over the world. I’ve met folks in communities I otherwise never would have, and been exposed to ideas that originate far beyond my immediate physical social world.

But I don’t have to tell you that Twitter’s empowerment of individual voices also empowers verbally and graphically violent mobs. I’ve been harassed, and even done my share of harassing.

Gamer and animé nerds have never been my people, even though I’m quite a nerd myself. A friend of a close university friend was prominent in our school’s community of gamer enthusiasts. And every time he’d see me, he’d scream insults and threats at me because of some minor slight from when I was 18.

I wasn’t surprised when these people became the backbone of Gamergate and popularized the hatred and harassment of women.

If that dude is on Twitter, he’s probably encouraged quite a few games of “Beat Up Anita,” and probably a lot worse. I wouldn’t be surprised if he’s doxxed and swatted a few folks.

So I’m maintaining my blog, my online presence, slowly figuring out how I can get a film crew together, working on different writing projects to justify the little financial support (and emotional support) I get from my few friends on Patreon.

Keep working away. It may not all work out, but it definitely won’t if you give up.