For all that success, there’s still plenty of popular prejudice about people’s mental health problems. But I see that prejudice as rooted in deeper places than stereotypes and our spaces of ignorance. It’s rooted in the language we use to talk about ourselves.

Basically, popular conceptions of how human behaviour works leaves us either total robots with no moral accountability or fully responsible agents entirely in control of our own actions.

Clarifying before I continue – There are actually a ton of different models of thinking that develop many different concepts of human agency, power, responsibility. They’re bound up in different ways of thinking about the relation of humans and our environment – many degrees of lockstep firmness in causation and conditioning. 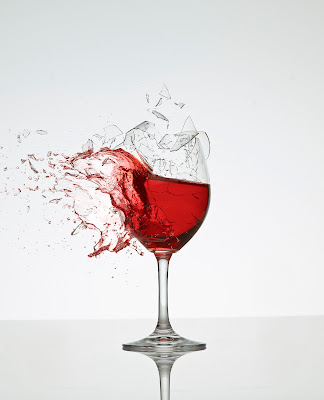 I’m pretty familiar with these different models of agency. I wrote a book that used quite a lot of them in theoretical development.

But I’m talking about popular ideas right now. The ideas that creep into our thought when we talk or think about mental health.

And I mean mental health in two contexts. Think about the casual conversations you have when you’re specifically using words like ‘mental health,’ referring to psychiatrists, and the relevant science.

You find yourself talking about mentally ill people as victims, as passive before their conditions and their treatments. If they’re in treatment, they’re doped up. If they’re undergoing problems in their lives, they’re helpless, adrift, caught up in their illness.

They aren’t responsible for their actions – they aren’t even really seen as acting. Just flailing about. And they’re always the objects of pity.

Later, you find yourself talking about someone you know. They’re having mental health issues – depressed and a drag, anxious and worried, or hostile and annoying. And this is all in their daily life. Going to work, running errands, meeting friends – it’s all tinged with this character of lower quality than yours.

We have no way in our popular conversations yet to talk about that middle range of responsibility in everyday language. Someone with a mental health issue – in those ordinary expressions of pity or annoyance – remains either totally passive or fully responsible. A victim or a jerk.

This either/or of extremes is still how we think about too many health issues. You’re perfectly healthy until you need treatment – then you’re suffering, afflicted, at the mercy of some condition as if it were a contagion.

But most people with mental health issues are quite functional – they just have unfortunate tendencies. A tendency to worry too much, to become acutely agitated in some situations, to dwelling on the worst possibilities. What began once as unfortunate habits become ingrained ruts.

We’re responsible for our actions, yet it takes more effort to break the habit of these tendencies than it does for someone who doesn’t have them. My tendency to anxiety isn’t nearly as intense as some others.

Only very overwhelming situations set me off – being overbombarded with so much stimulation that I can’t concentrate my thoughts even enough to be a person. It takes having to do literally 20 things at once for close to half an hour or more to bring me here. But there are some who reach that threshold just walking down a busy street.

We’re responsible. We’re conscious and self-conscious. We go about our business like the rest of you. But in the course of the day, we’re in some ways just a little more fragile.
Posted by Adam Riggio at 02:00