The title of today’s post refers to a particular kind of idiot. The 2016 election and part of its aftermath created a particular subset of useful idiot that I want to talk about right now. Because that peculiar blend of idiocy grows a black, obsidian rock in the pit of my stomach.

Setting the stage. Sunday morning, I came across an article by Leah McElrath, a journalist I follow on Twitter. She described how she’s processing her own feelings since learning, through the American House and Senate committees on Russian subversion of the 2016 election, that enormous numbers of Twitter accounts were bots controlled by Russia’s intelligence agencies. 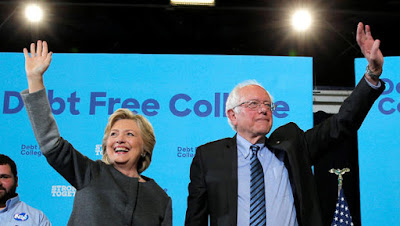 It’s not as though she didn’t deserve to have those things said about her. I would never have supported Clinton as the nominee if I was an American Democrat. I disagreed with her about many different policies, and I would have been an advocate in the party to move its ideas beyond the failed new liberalism in which Clinton’s perspective was trapped.

But I remember the horribly hostile tenor of the 1990s, and all the sexist attacks Clinton sustained against her for the entire time her husband was President. I never would have supported Clinton, and I would have fought against the party’s cliquishness and insularity at the level of the DNC.

Yet the bile of the online misogyny against Clinton was horrifying. And too many Sanders supporters played too deeply into that. Sanders himself definitely shares some culpability for Clinton's defeat at the hands of Donald Fucking Trump. It’s not like no one said anything before the election.

Rifts exist within the Democratic Party. Of course they do. In any state political system with only two parties, their coalitions are going to be big and diverse. Socially liberal and feminist neoliberals* are on the same team for control of the state with bourgeois eco-hippies, anti-vaxxer nuts, and radical democrats like me.

* Who still can’t see that there’s a serious problem with new liberal economics. How could you not by now?

Even in Canada, it’s the same. There’s an old joke that the New Democratic Party is where Canada throws all its crazy leftists. But there’s an intense hostility between the trade unionists and environmentalists, anti-colonial pragmatists and borderline anti-Semitic anti-Israel activists. And radical democrats like me.

Canadian progressives have plenty of other conflicts we generally sweep under the rug.

Now to discover that all those volleys of extra-hot boiling hate that hit so many women over the last year are Russian bots? Yes, the big, messy alliance called the progressive left has a lot of divisions. 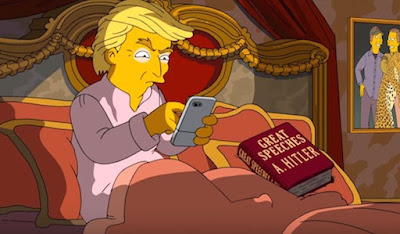 But progressivism has been most effective when the radical democrat impulse – Get out to the streets! Mobilize the people! Demonstrate with your life that a better way is possible! – finds common ground in a struggle that unites us all.

It’s the struggle that’s always united democrats: the struggle for real, material freedom. Not the abstract and one-dimensional freedom of those sad libertarians. I mean the struggle for a society where more and more people are able to pursue their talents to the fullest.

The victory of Donald Trump was that of a kleptocratic white nationalist regime of oligarchs to the executive branch of the most powerful state machinery in the world. The elected representatives lost so many seats in the national legislatures that they have no real effective opposition.

The social movements against Trump and the radical Republican agendas that dominated pretty much every level of the American state are the only effective opposition.

That’s fantastic. And we shouldn’t let our resentment toward the insular idiots of progressive political parties overpower our need to drive that social movement.

The most depressingly illuminating perspectives I’ve seen on this issue are those on the left who refuse to let go of that rage. The people who say, “I’m glad Trump and the nationalists are fucking up our environment, our economies, and throwing millions of minorities in detention camps. At least it’s sticking one to Clinton and Obama!”

If you give in to hate, you’ve accepted dystopia.