So I’ve been reading this book of essays from the end of the 20th century by Chantal Mouffe. The book she co-wrote with her husband, the masterwork of political theory Hegemony and Socialist Strategy, is next on my reading list.

The Return of the Political is a collection I’ve had on my shelf for a while. I bought it more than a decade ago, when I first discovered philosophy as a student and spent that summer excitedly picking up whatever on the bookstore shelves appealed to me by their covers and blurbs.

Mouffe’s essay collection was one of them, but it didn’t really excite me when I cracked it open back in the early W years. I think because she was such a sober writer, and because many of the debates she was contributing to were confined to a world of academic political theory that I hadn’t yet cracked into.

Now that I have, I find a lot of value in Mouffe’s work. This post is a reflection on some possible reasons why many others don’t.

There’s a short essay in The Return of the Political called “Feminism, Citizenship, and Radical Democratic Politics.” It functions as a general statement of Mouffe’s stance in the community of feminist philosophers.

She describes a fundamental conflict in feminist philosophy. I’m going to describe it in absurdly simple terms because the general themes are all I want to discuss right now.

One side was the essentialists – thinkers who believed that women had an essential nature as maternal carers, whose inclusion in political and economic life would transform these patriarchal settings with their values. 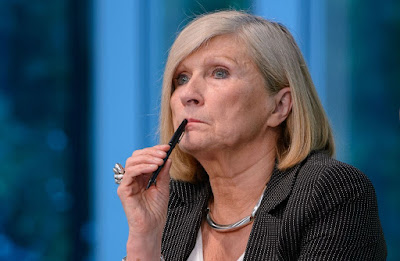 One side was the postmodernists – those who understood identity, including gender, to be entirely contingent, historically and culturally produced, and so without essential nature and always subject to change. Here, including women in political and economic life had the goal of a general radical transformation of society that would collapse and explode all concepts of gender and sex we believe essential.

Here she was writing in the mid-1990s, and I still saw feminist philosophy being taught to undergrads as embodying the same key distinction. Different compromises were made, but this is how the academic institutions I lived in taught young students what feminism was.

It’s as if there were a broad agreement across academic philosophy that essentialism vs postmodernism* was the essence of feminism. So the essentialists win, but only at the meta-level?

* If you want to take a couple of references, here are some I’ll pull out of my arse. Essentialism vs postmodernism => Carol Gilligan vs Judith Butler.

Thinking on this yesterday frustrated me about my time in academics. As I see material politics shifting so radically so constantly, always losing and regaining and losing again its stability – It annoys me to see academic discussions staying to the same old sides, at least at the fundamental levels.

There have been whole generations of political philosophers after, for example, John Rawls. But Rawls has only inspired Rawlsians – not other thinkers in the liberal philosophical tradition to become Rawls’ equal.

Careers are made in academia by picking an established side and arguing for it in your own way. Yet the great works that provide the names-turned-adjectives which are their labels largely inspire commentators and advocates. Not other great works.

Mouffe’s own solution to the essentialism-postmodern impasse in feminism is one that I very much agree with. If I can put it in my own words, feminism is the jet fuel for the liberation vectors that destroy all the forms of oppression that flow from patriarchal social structures.

So you get the changeability and flux in the world that’s at the centre of the postmodern tradition. But the political culture motivated by a morality of care is a very important one of the many ideals that guide the path of those liberations.

That way of thinking has much more potential than simply hunkering down and defending a pair of -isms against each other. Yet it’s easier to make a career in academia by picking a side and defending it than pointing out a way forward, beyond the impasse.

So we’re stuck deep in the trenches, never seeing the light of the sun.
Posted by Adam Riggio at 03:00