Back in my academy days, I’d sometimes get into insufferable conversations about the truth. “What is true?” “What does it mean to be true?” “Truth is all important.” “The purpose of philosophy is to find out the truth.”

By the time I started my doctorate, I had about settled into my approach to philosophy – as conceptual engineering, the creation and exploration of frameworks to understand the world. When I’d talk about this approach with people, I’d often – not that often, but often enough – get questions from other scholars about what that had to do with the search for truth.

Well, it has nothing to do with the search for truth. Truth doesn’t really play an essential role in this activity. If you were learning about a philosophical concept – René Descartes’ cogito, for example – accuracy is important. 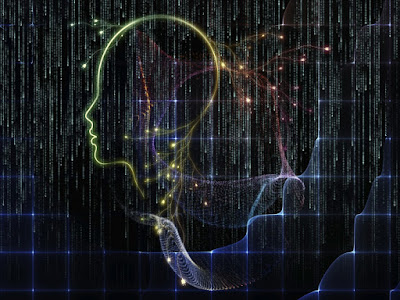 Accuracy is a kind of truth – you have to make sure that you weren’t making errors, that your interpretation of the relevant words doesn't run roughshod over the page. But if you were to ask me if I thought the cogito was true? Back in 2009, I’d tell you that I didn’t think it mattered.

I’ve met some philosophy scholars who believe that the ideas of their focal primary material are true. I’ve known people who think Descartes was right. Straight-up philosophically correct about the nature of the mind, world, and existence. Same goes for Spinoza, Kant, Hegel – I’ve met people who genuinely believe that these writers were right. Full stop.

I find that attitude tends to get in the way of understanding other thinkers. You always judge them inferior to the object of your faith. And it is faith. Ultimately, we’re not investigating the real world when we study great works of philosophy. We’re reading books.

So that was 2009. These days, I’m even more radical about this. Ask me now about whether the cogito or any other particular philosophical concept is true – in 2017, I’ll tell you that the question isn’t even proper to ask. Like asking a geologist about the diet and exercise habits of sedimentary rock formations.

Does this make my way of thinking philosophy relativist? No, because I’m indifferent to truth in philosophical thinking. You don’t ask if a concept is true in the same sense that you don’t ask if a computer program, or a lamp, or an engine, or a shoe is true. You ask what it does and how it works.

Logic – should I say logics? – still applies to concepts. But that’s because logic isn’t about the truth of any of its propositions, only about how to infer among propositions.

Concepts can contradict each other – you can’t include some concepts together in the same big apparatus of understanding. Deleuze gives a beautiful example, the kind of simple yet comprehensive statement about the field that a long-practicing expert can make.

He says that you can’t build a philosophical system that combines a Descartes-style cogito with a Plato-style ontology of Ideas. For the Platonic Form or Idea to exist, being must be primary – but the cogito’s purpose is to provide a foundation for being and exists in each subject.

Ideas – thought comes to be because Ideas exist. Cogito – thought provides the guarantee of existence. They contradict, so they can’t both be part of the same philosophical framework, the same thought machine.

The logic of conceptual engineering is that of conditions and creations. Such logic maps compossibility.
Posted by Adam Riggio at 01:00