Reading Margaret Urban Walker’s work developing an empirical approach to moral philosophy is such a refreshing experience. I regret that I hadn’t delved into this critique of the traditional way of thinking about moral questions in philosophy for so long. I know precisely the reasons why Walker never appeared on my radar until now, but I’ve actually been rather hesitant in writing this post because I don’t want to put my foot in my mouth about a topic as potentially sensitive as my relationship with feminist theory.

I can think of three reasons why I haven’t explored feminist philosophy much over the years, in contrast to post-colonialism, Negri’s imperial theories, and some Marxism, for example. One is that my relations with students of feminist scholarship in my undergraduate years were not exactly comfortable. The second was a sense of intimidation at the field’s size and complexity; I had no idea where to start, and some of the places I did, I either disagreed so completely with their extremity or their methods that I didn’t want to study more. This is related to the first, social, reason why I stayed away for so long. I met undergraduates in my early 20s who took Valerie Solanas literally and thought she was absolutely right. The third reason is that feminist philosophy in my first years in university was kept in a discipline all its own.

I received an excellent education in philosophy at Memorial University from professors who encouraged me to develop my talents in the field and pursue the discipline more intensely. They taught me to read closely and critically, coming to my own conclusions even about texts that were very complex and controversial. Most importantly, they treated me as if my philosophical opinions were valid. Our weekly discussion groups, the Jockey Club, were wonderful for this: a venue were students were on the same practical level as the most experienced professors.

But there was very little study of feminist thought, per se, in the department. That was fulfilled at the Women’s Studies department. So even though my work today crosses disciplinary boundaries if only in its background knowledge, in my early 20s, I paid a lot of attention to those boundaries of what philosophy was and wasn’t. What it was, was what the people of my department studied and discussed. With Dr. O as the only exception (and I worked with her mostly on international political philosophy), feminist theory wasn’t among those topics.

Landing at McMaster opened my eyes in this regard, exposing me to a complex feminist tradition simply because of professors in the department who focussed on it and knew it well, like Dr. G and Dr. E. But I was still incredibly intimidated by quite how much there was, how many doctrinal divisions existed among it, and the degree to which I just wasn’t sure where to start. I had begun my work in environmental philosophy before leaving Memorial, and my new experience in philosophy of law had the advantage that so much of that field (at least as it exists at McMaster) revolves around H. L. A. Hart’s concepts. There was no such dominant figure in the feminist tradition, so I couldn’t think of an access point when I had so many other priorities for my dissertation.

Because reading Margaret Urban Walker reminds me of the discourses critical of traditional moral philosophy (as Walker makes the case, this is moral philosophy on the Victorian model of Henry Sidgwick) on the grounds that it should be empirical. She critiques the moral philosophy that tries to systematize the philosopher’s own moral intuitions into a universal set of general laws and rules about what ought to be done when facing a moral decision.

The empiricist vision of moral philosophy that I know extends from Friedrich Nietzsche. Here, the moral philosopher systematizes a variety of moralities from different cultures, groups, and people, understanding not only their core principles but the conditions of their historical development. The genealogy of morality. The tradition continues in Michel Foucault’s historical genealogies and Gilles Deleuze’s treatments of social and political customs. And it seems Walker is doing a genealogical moral philosophy as well, but with entirely different motives and intellectual background in feminist philosophy.

I do love having a lot left to learn.
• 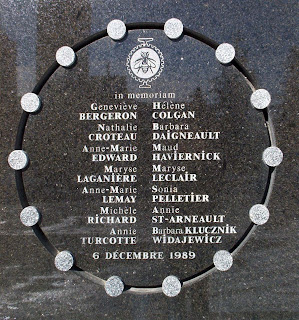 Editor's Note, 9.15. It occurred to me shortly after I published this post that I'm discussing my very abstract relationship with feminist theory on December 6, Canada's national day of remembrance for violence against women, the anniversary of the École Polytechnique massacre. I've never been able to bring myself to commemorate this event fully because I don't believe events like the brutal murder of 14 people as they were going to school can be commemorated without some degree of trivializing it. When I see facebook status updates and signs around universities publicizing anniversary events and the names of the women, I find those 14 names repeated so much that they stop being names and become rituals. There's a dignity in public remembrance and ritual recitation, but there's also a dignity in remaining a person. In the ritual, we forget the human details of the lives we remember because only their friends and family remember those details. We only know the fact of their deaths. I just don't believe I have the same rights to participate in public mourning for people I didn't know. These were ordinary women who were studying for careers in engineering and the sciences. They didn't choose to be martyrs. I don't feel comfortable treating them like martyrs.
Posted by Adam Riggio at 06:00