I started work on a new novel manuscript this weekend too, but I only just finished the prologue. On to page three! Yeah, not much to say here.

But I’m coming to protest on Saturday. It’ll be a good protest, a damn fun protest, a beautiful protest, and a necessary protest. The rage will be necessary, and channelled through the power of a group. 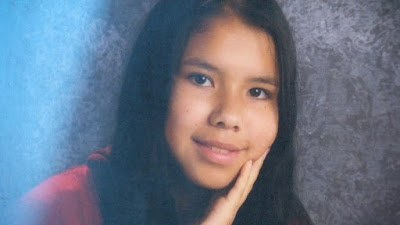 So this Saturday, there’ll be a Justice for Tina Fontaine protest, and yeah of course I’m fucking going.

There are two arguments that I can imagine getting trotted out about this. One is the legalist’s, the other is the quietist’s.

The lawyer’s argument is the most insulting to me, because it’s so reductive. These are the people who say that Jian Ghomeshi deserves his job and office back at CBC because the criminal trial found him not-guilty. Who reduce all truth to the verdict of a jury.

Rather, they expand what was designed to be a narrow, difficult standard of proof to stand for the entire truth of the matter. Yes, a jury decided that Ray Cormier’s drunken ramblings weren’t sufficient grounds for criminal conviction. Would “Justice for Tina Fontaine” really be complete if this one evil jackass went to prison for 25 years?

I don’t even believe in the sufficiency of retributive justice as an individual, and I came to that decision as a Westerner. Indigenous Canadian cultures lived under justice institutions – the customs and methods of redressing crimes – whose grounding principles were restorative, communitarian values. Centuries of cultural continuity.

Do you seriously think Indigenous Canadians would have only the punishment of a perpetrator in mind when they chant “Justice for Tina Fontaine”?

I understand the centrepiece of this argument, I truly do. But you can’t just say that this is only for Indigenous people and cluck sadly as white extremist opposition goes unchallenged.

Remember what I said about the communitarian values at the centre of justice questions larger in scope than “Who did it?”

Tina Fontaine – and everyone else who’s met an untimely death after a life of neglect, suffering, and marginalization – doesn’t achieve justice when a jail cell closes. Because people still live as neglected as Tina Fontaine was.

Many of the causes and conditions of that neglect are the structure and operation of Canada’s government institutions. It may not be the residential schools anymore, but the child welfare agencies in some regions are very effective with the spin they’ve put on the basic process.

As a person who lives in Canada, I’m enmeshed in the same institutions, the same cultural currents as everyone else in this country. If our institutions and cultural beliefs, common sense, and habits are set up in such a way that many people needlessly suffer neglect and indignity, we all have to work together to change them.

When you’re suffering, you need to know that you have friends. That minimal level of friendship – respect and solidarity – is the relationship that constitutes community.

I’m not going to be some presumptuous ass trying to speak for Indigenous people. I haven’t gone through any experience like they have. But if anyone needs to know that they have friends, at least I’ll be there.

Swell the numbers until everyone joins.
Posted by Adam Riggio at 00:00