It’s not a special communion with being, as the early Greek sages and some modern revanchists saw it. It isn’t a tradition that seeks absolute truths or God’s truths, even though a terrible majority of philosophers in the Western tradition think so.

When you're trying to say what is philosophy,* Deleuze says you shouldn’t think about the tradition itself and the lofty – sometimes, a little too lofty – pronouncements about philosophy’s purpose. No, look at philosophical thought itself and examine what it’s doing – philosophical thinking creates, analyzes, and maps concepts.

* Narrator: “Hey! That’s the name of this book I’m talking about.”

Different substances are visible under different kinds of light. What one lighting condition obscures, another will reveal. Same with concepts. There isn’t one absolutely better set of concepts than another. You get that idea when you think philosophy is about accessing the truth. Because what isn’t true is false.

But when you’re talking about concepts – frameworks for understanding – you have only different models that reveal different aspects of the world. Everything that’s revealed is true, but there won’t be one concept that reveals every truth or all the greatest truths.

That’s why I once said – and still believe – that Deleuze’s thinking carries forward philosophical pragmatism. American pragmatism had a complex account of the production of truths and the plural nature of truth and reason. But the tradition couldn't escape the problems of relativism that kept creeping into John Dewey’s mature thinking. 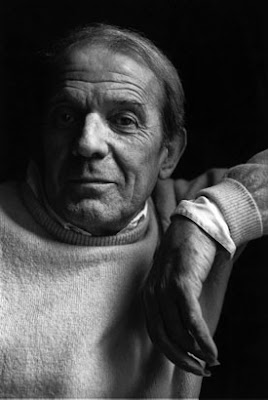 Don’t think I’m being dismissive of pragmatism. It’s one of the few philosophical -isms with which I self-identify.** The landmark ontological work of his career, Experience and Nature, is a masterpiece that captures the spirit of his whole philosophical movement.

** Even though when I do, I run a decent risk of people thinking I just write commentary and other secondary literature on Dewey.

But that American tradition of pragmatism through its secular trinity of Charles Sanders Peirce, William James, and John Dewey could never get through to the other side of that skepticism – how many truths could still be true, even when they weren’t all coherent with each other. Truth is fractured, but no less true for all that.

The Deleuzian idea repairs this issue by showing how you can throw universal mutual coherence among every truth out the window. All you had to do was demonstrate the logic of philosophical thinking is compossibility. Coherence is a framework of logic and thought, not reality itself.

Reality itself is chaos – understood in the abyssal sense – and philosophical thinking is the best set of techniques humanity has developed to try to think chaos. Coherence is how you make maps and draw paths in chaos – plotting the order that does exist in any chaos by investigating what can and cannot fit together.

A small patch of arid desert can’t develop surrounded by a lush rainforest without a mountain range around its rim. That’s a possibility condition for a desert in the centre of a rainforest.

Mapping a plane of immanence is to do the same survey with concepts.
Posted by Adam Riggio at 01:00