It's an old joke that philosophy doesn’t have anything to do with practical life. That’s manifestly untrue for many, many reasons, but it’s not like the philosophical tradition didn’t do this to ourselves. At least in the West.*

* In the Chinese tradition, which stretches back as long as the Western with the works of Kongzi and Mozi, philosophical thinking has always been united with practical life – with virtues and ethics, knowledge for and in action, and governance.

If you’re content to think of philosophy as footnotes to Plato, then you’re thinking and working in the shadow of his early, powerful image of philosophy as contemplation. You have to step away from daily life to see the truth of things in thought on your own. 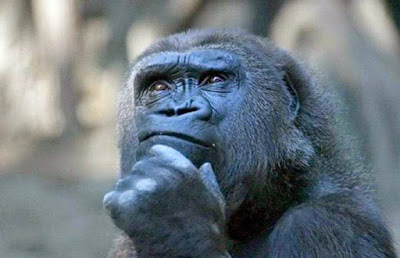 Walking beyond the cave. Retreating from a world on which you can’t rely.

The kind of materialist tradition I’m studying – and to which I want Utopias to contribute – lives in a social, physical, dynamic world. Thinking is an activity in such a dynamic world. Not a way to plan activity – that’s still a very contemplative way to consider it. I mean that thinking is itself action.

Not to say that there’s no such thing as contemplation. Contemplating and meditating, turning away from your life for a while, are one of many different philosophical activities. But they aren’t the only ones.

As Perry Anderson writes, Theodor Adorno considered theory itself a form of revolutionary practice. So did Louis Althusser, as I discovered in his own writings. Anderson depicts this as the conclusion of a long history of theorist/activists in the European labour movement.

What is that revolutionary practice of thinking? Imagination guided by reason creates new moral and political ideas. New ways to understand what it is to be human, to live in a society, to live and exist, period.

Our creative powers of thinking unite with the skills of reasoning and logic to understand what we do and perceive as no one else in our society thinks. Philosophical thinking is inherently about revolutionizing thought itself.

Plato was right that philosophical thinking makes you a revolutionary – and potentially an outcast, or at least a weirdo – in your society. But you don’t have to leave your daily life to revolutionize your thinking. In fact, it’s probably easier to achieve revolutionary thinking by studying the living world more closely.

If you’re developing revolutionary ways to live as a person, then you’re developing ways to revolutionize a culture. Because if you change the mind of one person – even if it’s just yourself – you can encourage other people around you to change how they think and live. When you’ve changed enough people’s thinking that the whole culture is noticeably different from what it was before, you’ve made a revolution.

This is how I think Antonio Gramsci’s ideas apply to that materialist tradition I’m tracing through my research. He was the first thinker in the revolutionary labour movement of the modern era that culture and values are where revolution really starts.

You can’t change a government without the culture going along with it, because otherwise the people will resist. You either have to do both at once, culture first, or inevitably fail. Gramsci learned that the hard way. Changing the culture would be the most effective.

That’s what practical philosophy is all about. It's also what Utopias, my next big book of philosophy, is basically going to be about.
Posted by Adam Riggio at 01:00