The Impotent Liberal IV: When Nothing Becomes Infinite, Composing, 23/12/2016

Continued from last post . . . Is it even utopian politics when your utopia doesn’t have any content? It seems intuitive at first that a utopia is an imagined world – that image would provide the policy and philosophical content for your political program.

It is true that many people think of utopia as a noun. A literal community that springs from the imagination of a political dreamer. Literally, if you read the first book explicitly on the subject, Thomas More’s Utopia, in that way.

But when you conceive of your activism and institution building as achieving a specific and detailed vision of society, it turns you into an oppressor. Conformity to the law of the utopia becomes paramount – divergence becomes a crime.

Blasphemy against the ideal. Utopia in this sense becomes a matter of faith.

This conformist conception of utopia thinks of ideals and realities in terms of possibilities and realities. The world consists of states of affairs, and the utopia is a fully-fleshed out state of affairs that could exist but doesn’t. Activism’s goal becomes pushing reality to instantiate that state of affairs described in the details of your thought.

Reality becomes the clay to mould and model a pre-conceived thought. The world is brought to correspond with a vision. Such an activity always ultimately fails. Nothing to do with its morality or inner justice. Becoming simply doesn’t operate as instantiating pre-conceived states of affairs.

Material change is a process of creation – not the specific kind of creation where an intentional, intelligent agent builds some work of technology or art. Reality consists of continually ongoing processes.

Those processes affect each other, and the dynamism of their relationships spark changes in how those processes continue. The changes that come aren’t potentially held within a process from its start. When something begins, nothing about it is given.

When a process changes, it doesn’t awaken anything within the process itself – processes like you and me and the sunlight streaming through the window don’t have hidden depths of this sort. Our material existence is all surface. Surfaces folded inside and around each other in complicated patterns, but all surfaces.

So a change doesn’t unlock any aspect of us that previously existed – you have literally changed. Your relationships with the world around you have constituted a difference in your life. You’ve diverged from what you once were.

How can utopian thinking work here? Utopia is no longer a specifically described ideal to instantiate in the world. It’s an inspiration and a goal – an attempt to surf the roiling creation of reality itself, and use your waves in that ocean to shape how it develops.

I definitely don’t mean it in some Derridean sense where you don’t make any positive statements at all, instead just bouncing someone into an insoluble aporia so you can meditate on the paradoxical, contradictory nature of reality. Nobody got time for that shit. At least not anymore.

Workable utopia has no content – it isn’t a specifically defined and described model to which a society must conform to be perfect. It’s a set of values, priorities, and principles that guide your real social action. They inspire you to push the world to act accordingly – your preferred guidelines of the world’s development.

Surfing that wave sounds like a much more difficult process, and I’d say it feels that way in the moment. But it’s the only process that can enact real social progress without necessarily devolving into dogmatic conformity and witless faith. . . . To Be Continued 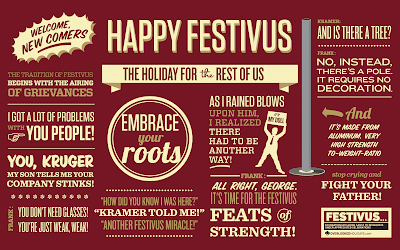