My last few posts should just be called ‘riffing on things Phil Sandifer exposed me to.’ I consider him a pioneer in the new progressive direction in philosophy and critical writing to escape the compromised and moribund networks of the university system, so I don’t mind admitting that I think he does valuable work worth talking about.

In this case, I’m referring to an interview he did with Vox Day, whose birth name is Theodore Beale. Phil and Vox got into a dust-up this Winter over Vox’s organized hijacking of the Hugo Award nomination procedures, in which Vox became the leader of a group of sci-fi fans who wanted to use an organizing campaign to force works that expressed socially progressive values and ideas out of the awards’ limelight.

That mess having passed, Phil and Vox decided to sit down and talk with each other, perhaps as an act of anthropological entertainment. They have very different political, artistic, and religious beliefs, and this meeting of brutally opposed minds was just as entertaining as I thought it would be. Though I haven’t yet had time to listen to the after-show podcast. 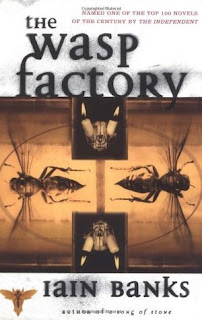 They had a discussion about a book of the other’s choosing: Phil had Vox read Iain Banks’ The Wasp Factory, and Vox had Phil read John C. Wright’s One Bright Star to Guide Them. Wright’s book is a riff on Narnia with what would appear to be blatantly transparent Christian imagery – for example, the protagonist’s character arc is his grappling with doubt, and his name is Tommy, literally a doubting Thomas.

I should warn you, though, that discussing the books will involve

for each of them. Both books, in their narratives, involve the protagonists taking violent actions for no reason other than a talking cat tells them to. The Wasp Factory’s Frank turns out to have experienced a mental breakdown and a series of complicated delusions about a magical system that he had access to. Frank’s mental breakdown was premised on a lie, so the cat that told him to kill people was a hallucination or some more subtle expression of mental instability and derangement.

Wright’s book featured a talking cat that is literally the voice of God. Just like Aslan in the Narnia books, Tybalt the cat orders Tommy to kill him because his death is the only way to transform Tommy’s sword into the superweapon of fire necessary to defeat the Satanic cultists who are the villains of One Bright Star.

Phil and Vox pushed each other on the reliability of mystic visions: How can we be sure that our talking cats are saying the right thing, when they keep telling us to do terrible violent actions?

Vox gives the disappointing reply that seems depressingly common in fundamentalist Christian discourse: the cat talks with the voice of God, so we do what it says because the proper, moral role of humans is to submit to God and follow His orders. His and many others’ Christianity is about following the orders of God, that to be a Christian is to become an instrument of God. 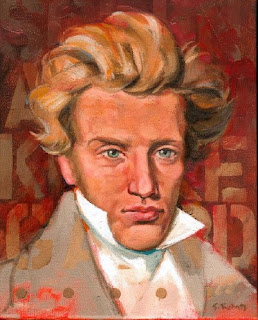 It’s a very totalitarian take on religion. God as Leader.

This is the problem of Kierkegaard’s Fear and Trembling: when we hear voices ordering us to do horrible things like murder your only son, if you truly believe that this is the voice of God, then you do it without question. Phil can’t get behind this intensity of submissive faith, neither can Banks, and neither can I. Prophecy is not possible.

This whole problem is why I have such a closer bond with the ideas of Jewish thought about God. Humans should love God, and thank God for the nice things that happen to us, and also the difficult things that we go through because they’re opportunities to learn and grow stronger.

But those terrible events in our lives – the death of parents, periods of poverty, the death of children – are also times where it’s legitimate to yell at God, and demand that God get his ass down here and explain himself. That’s the lesson of Jacob’s wrestling match with God. We don’t just meekly accept the will of God; we demand that God justify himself to us.

Even though my next big philosophy writing project, Utopias, won’t involve any deep studies of religion and religious belief, parallels will be there, and I think they’re instructive. The mind-set of the prophet expresses the paradoxical nature of the ideologue: to act so that your actions express will universally. To be continued . . .

Editor's Note – I just finished listening to the post-interview podcast post-game with Phil Sandifer, Jack Graham, James Murphy, and Kevin Burns, and it ended with a joke about Abraham and Isaac. Quite cheeky.
Posted by Adam Riggio at 06:00