Knowing Knowledge I: Knowledge Is a Historical Process, Dialogues, 05/03/2015

This is the first exchange in a series between Steve Fuller and myself discussing his latest book, Knowledge: The Philosophical Quest in History. Today, we discuss some thoughts that occurred to me while reading the book's introduction.

First, I want to say how much I enjoy reading your introductions, simply for their dizzying feeling. You synthesize so many ideas throughout the history of philosophy that you weave together a whole new narrative of that history in only about 20 pages. I feel as though more academic writers would consider such a new take on the discipline's history to constitute the subject matter of a whole book. It certainly could be. But, of course, the best philosophy is always about more than the history by itself.

There are two very big ideas in this introduction that I want to ask you about, and I'll discuss the biggest one later. I'd like to talk about the history first, particularly how your take on the origin of the two modern models of epistemology as emerging from the First World War.

I think I'll follow how you lay out the history if I call the focal epistemic question in Analytic philosophy, how an individual can be sure that his claims about the world are true. This question guides a person's thinking down the path that knowledge isn't even a matter of social processes, but of the individual's engagement with the world by himself. It fits well with that I learned of early Analytic philosophy during my doctorate. Bertrand Russell was so disturbed by David Hume's arguments for skepticism of our intuitive empirical knowledge that problems of knowledge (access to the world and the nature of the propositions through which we understand the world) took on a central importance for his philosophy.

What I never really learned in my early philosophy classes was how deeply the terrifying political situation of the twentieth century's first decades influenced concerns that we were always taught had nothing to do with politics. You're right (and you're quite illuminating) to frame the verificationist and historicist conceptions of scientific knowledge as an intellectual response to the First World War.

The danger when teaching philosophy from such a historically situated perspective is that it can all too easily produce the kind of situation that my early professors feared when they avoided teaching us the social and political contexts to philosophical problems: that we would dismiss the problems themselves as mere functions of historical events. I personally do not believe that truth is so untouched by history that revealing the historical conditions of an idea's generation reduces it to nothing more than a symptom. But I can understand why many people would have this intuition about historicizing knowledge, thanks to the popular linkage of the true with the universal with the eternal.

But the War's effects weren't just a matter of losing faith in scientific institutions for having supported such a terrible human catastrophe. The Great War had literally mechanized man, transformed him into a mechanism of no more individual value than a bullet or an artillery round, and men were used and discarded in the same way. These are the core ideas of Ernst Jünger and Filippo Marinetti, who are important philosophical touchstones for my next big philosophical project on contemporary utopian hopes.

Aside from the diversion of my own future work, I want to get back to this issue of the Great War, because I see a tension here that I think is a creative one. You describe yourself as an agent-centric social epistemologist, which you had identified with the individualist framework of engaging questions of knowledge. Yet the historical process of how we formulate our questions of knowledge is also essential to your thinking, and you identify that historicism with a focus on collective or social knowledge. So how do you unite an individualist approach to knowledge with a framework grounded in social processes?
• • • 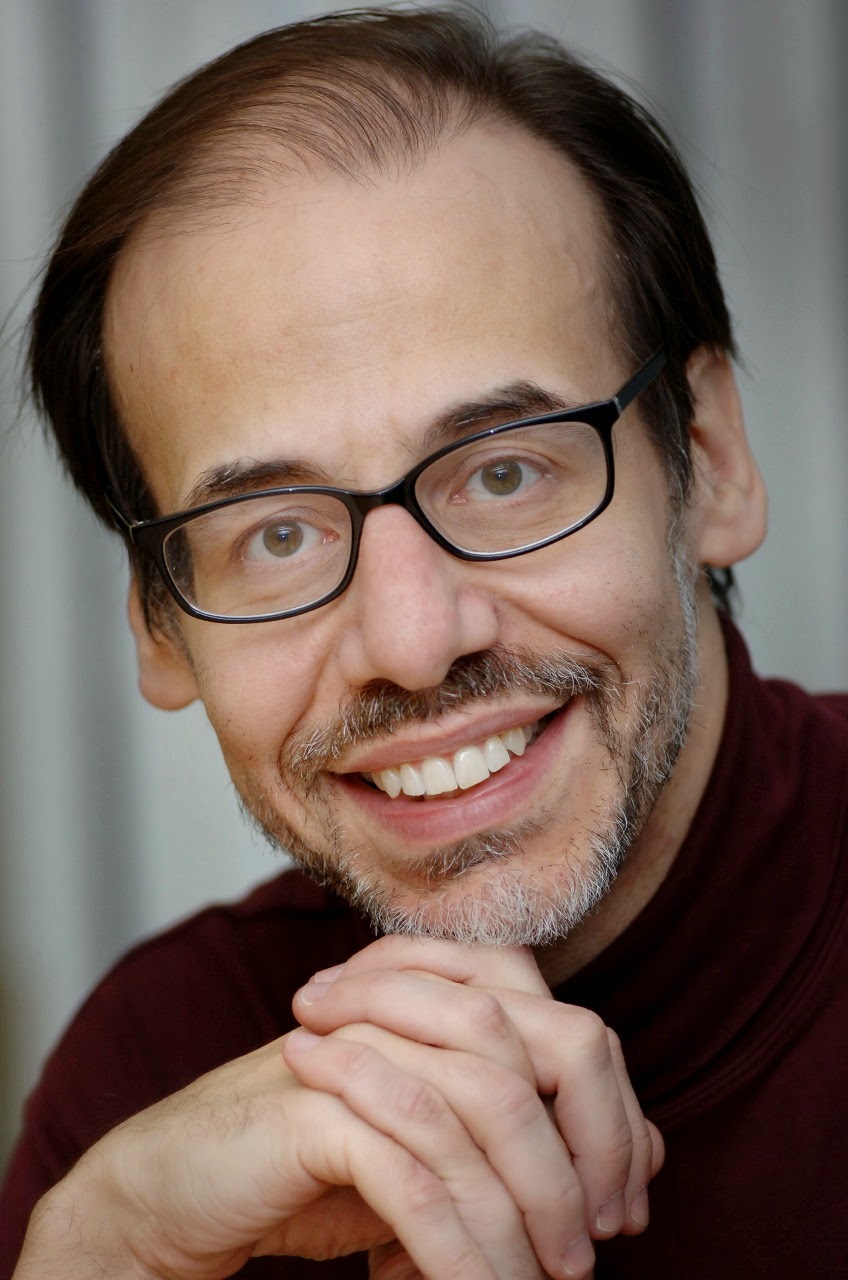 First, let me thank you for picking up on the significance of the First World War in framing the contemporary philosophical imagination, both on the analytic and continental sides. It’s something that I had already detected when working on Kuhn and Popper, now over twenty years ago, but the comprehensiveness of its impact has only gradually dawned on me. As I got into the intelligent design controversy, I also observed that this was the time of the anti-liberal and pro-fundamentalist turn in Christian theology (à la Karl Barth), which began the myth that the integrity of pious religion had to be protected from scientific hubris.

But it was only after recently reviewing Michael Gordin’s Scientific Babel that I realized that the First World War also provided the basis for English becoming the unequivocally dominant scientific language in the world, since before that time French and especially German had been giving it a strong run for its money. Put bluntly, if you were an intellectual in the ‘long nineteenth century’, as Eric Hobsbawm dubbed 1789-1914, you had to know all three major European languages to be truly in the game. Before 1789, you could know just French, after 1914 you could know just English.

But this great shift to English had little to do with the UK but rather to the rising stature of the US as a global player and safe haven for political migrants. Indeed, the UK is interesting only insofar as this former colonizer so easily passed on the torch, effectively allowing Harvard to replace Oxford by start of the Second World War. (I’m one of the last Americans who felt that their education would not be complete without going to Oxbridge.)

This was a role that Americans took up with gusto, as evidenced by the courses on ‘Western Civilization’ and ‘Great Books’ that started to proliferate post-Versailles, which presupposed that the US is the guardian of a precious cultural heritage that strife-torn Europe is always on the verge of losing. This worldview got its comeuppance in the ‘canon wars’ that dogged US humanities departments in the 1980s and 1990s.

I should also add – but promise not to digress further! – that the whole analytic-continental configuration of contemporary philosophy is more specifically American than generically English. For example, the dominance of ‘naturalism’ within analytic philosophy remains – even a half-century after Quine – an overwhelmingly American phenomenon. (I often wonder whether there has ever been much reading of Quine in British philosophy seminars, outside those of his Oxford nemesis, Peter Strawson.)

And then consider the peculiarly decontextualized ‘great books’ style of dealing with continental figures, which treats recent German and French thinkers as if they were delivering wisdom from a secular Axial Age – as first the early Muslim imperialists and then the Christian scholastics treated the ancient Greeks -- an ironic reversal of ‘the past is a foreign country’! Such a practice makes sense if you are dealing with works in translation. (In contrast, philosophers from outside the US learn English – and, more to the point, learn about Anglophone culture -- to read the analytic works in the original, for better or worse!)

But back to the point: The First World War is comparable to the French Revolution and the falls of Athens and Rome as world-historic spurs to the philosophical imagination. The Cold War may well turn out to have had a similar significance – especially if we move in a decisively trans/post-humanist direction by giving cybernetics the philosophical respect it deserves.

However, notwithstanding the Second World War’s unprecedented global carnage and the continued fixation on Hiroshima and the Holocaust, at least by ‘moralists’, I rate WWII as an elaboration and amplification of the First World War’s themes and a transition to the Cold War’s themes – but not so philosophically interesting in its own right. The First World War infected science with Original Sin and the Cold War paid the ironic compliment of turning us into deities stuck with dirty hands.

On the larger point of whether this historical consciousness trivializes philosophy’s timeless themes: Actually these ‘timeless themes’ sound pretty trivial if they’re expressed in a manner that abstracts too much from history. So, ask ‘What is justice?’ or ‘What is truth?’ and you’ll just get a lot of incommensurable answers, on the back of which some smart-ass analytic philosopher will conclude that these are ‘essentially contested concepts’, as if that shed light on the matter!

Here Richard Rorty was basically right. Philosophy addresses the sort of world in which one wishes to live, and from that standpoint it becomes important to know the historical context in which certain things could be taken for granted and others had to be explicitly argued for. (The rhetorical binary of ‘presumption / burden of proof’ has been central to my social epistemology from the outset.)

We may or may not live in the worlds presumed by philosophers – not only philosophers in the past but in the present as well, especially if we have reason to believe that cultural differences matter. (Here continental philosophy stands guilty of mystifying this point by suggesting that stuff in French or German is inherently better than stuff in English. It’s simply different, the value of which we then need to decide.)

In terms of how to deal with philosophy’s historicity, I offer two general policies:

1) Interesting philosophy, even if it accepts the status quo as its starting point, is trying to move to someplace better. In other words, it is ‘normative’ in the strong legal-political sense of ‘corrective’ (again central to my social epistemology). But this requires that you understand the philosopher’s destination in light of his or her starting point. It’s unlikely you’ll want to take the exact same journey but you may find either ends of it useful for your own purposes, on the basis of which you can then make your own way to wherever you want to go.

2) One should imagine that all the possible futures for philosophy are already inscribed in its past, albeit usually as unrealized potential, in which case re-examining the history of philosophy is never a waste of time. While Popper was certainly correct to maintain that the future cannot be predicted, it wouldn’t be our future unless it projects a line of descent from our past. Personally I have always thought that the 19th and early 20th centuries contain much unrealized potential in this sense.

Finally, speaking in most general terms, my interest in epistemic agency – and the individuation of agents more than ‘individuals’ per se – is rooted in the idea that one can’t really say much about rational epistemic change without the ability to ascribe responsibility for actions based on whatever forms of knowledge are possessed by agents. Of course, agents are conditioned – ‘pushed and pulled’, as Robert Nozick liked to say, alluding to supply and demand – by various social forces, some quite historically overdetermined.

Nevertheless, the autonomy of agents resides in their unique resolution of these forces, which is tracked by the series of decisions they take and their response to the consequences. In this respect, the pivotal epistemological issue for me is not individual vs. collective, since as a good Hegelian I see this two poles as complementary, but rather agent- vs. object-centeredness. My social epistemology is much more concerned with the constitution of epistemic agents than the constitution of epistemic objects, which I believe are ultimately just the (social) construction of the agents.
Posted by Adam Riggio at 04:00