Skipping a post today so I can get some of the last organizing done around the apartment. I hope everyone who reads semi-regularly is okay with that. Until then, I thought I'd do a quick summary of some of my favourite posts since I started this project last July. As you might remember, it was basically a motivational work at its core — something to make sure I got at least a little work on my creative projects in fiction and philosophy done every day. 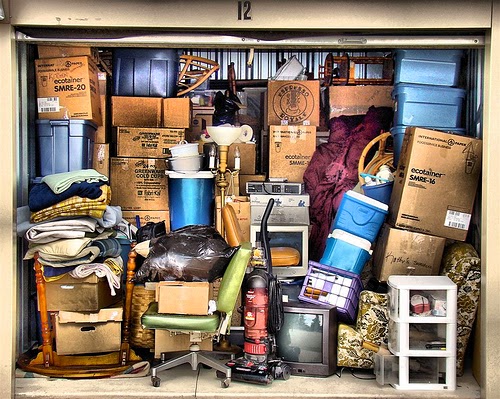 Some of my favourite things

Your Obsession with Sophists Is Juvenile Sophistry! This remains one of my most popular posts, and still gets hits even though I published it back in July. Who knew my griping about one of the more annoying habits of philosophers — being dicks to each other — would spark such a conversation.

Catch the Conscience of the Doctor. My very long take, after my first two viewings, of the Doctor Who 50th Anniversary Special, The Day of the Doctor. Doctor Who is a cultural property that's been extremely important to me. In childhood, he was the closest thing to a direct father figure I had in my life, weird as that sounds. In adulthood, Doctor Who is somewhere I can turn when I'm feeling depressed or stuck because, in its best moments, it inspires me to believe that anything is possible. This story achieved that more than most.

Questions of Heritage. Michel Serres is a fascinating and strange philosopher, the kind of writer who's done the best possible thing with his retirement. He's gotten weirder with age. Reading his book, Le Tiers-Instruit for some of the edits I was making to my Ecophilosophy manuscript this Fall encouraged some reflections on the nature and styles of philosophy when it's written best. With ambition.

Colin McGinn and the Inevitable Sexism of Institutional Power. Philosophy at its worst, however, is an institutionalized excuse for desperate and self-deluded old men to take advantage of emotionally and financially vulnerable people. I actually got into some fights about my stance on McGinn. One commenter defended him. A couple of former friends actually interpreted my stance on McGinn as a creepy old man whose perspective was twisted by arrogance and egomania into believing that he was some kind of victim was actually showing some kind of sympathy for him. This is an example of what gets me most enraged about universities today, that behaviour like this results in a cushy pension and early retirement, while dedicated young teachers and writers are shut out of even entry-level positions.

She's Sort of a Nietzschean Superhero / Sex Goddess / Zen Master. But on the bright side, there's my utopian vision expressed in my long-term plans for science-fiction writing. You can read the history of one of my favourite fictional characters that I've created so far, Alice. I've imagined several different science-fiction stories featuring her character (and so far written only one). Probably the most difficult thing about approaching this character, as a writer, is understanding someone who is free from so many resentful motives that she isn't even really human anymore. Alice embodies optimism in my thinking, because she lives in a way that leaves behind the pettiness of humanity. But she embodies pessimism because I don't think it's possible for a human ever to achieve this.

What I'm looking forward to

In addition to being able to tour my novella, Under the Trees, Eaten, this Summer (available soon from BlankSpace Publications), you'll know from a post earlier this week that I'm having a play produced. I'll be blogging about various stages of the production, making announcements, and reporting on its promotion. And over the Summer and Fall, I'm going to try to get started on another fiction writing project, I hope revisiting Alice in the idea I describe in this post. Connected to that, I'm looking forward to reading more of Philip Roth and J. G. Ballard to plunder ideas about how to write about, respectively, horrible people who still earn a reader's sympathy, and the dystopian nature of the world we live in today.

In terms of my philosophical work, I'm going to leap into revisions of the Ecophilosophy manuscript soon, to purge the last stylistic vestiges of its nature as a doctoral dissertation (not that there were more than the minimum to begin with) and make it a potentially popular book examining human nature and potential in the context of our contemporary ecological crisis. And research for the Utopias project continues. I hope to have a collection of Filippo Marinetti's works on my overcrowded bookshelves soon, as he's a central historical and philosophical figure in the project. As well, I'm looking forward to revisiting the ideas of Antonio Negri, who will probably be my last major philosophical shoulder on which I can rest my own ambition.

Thanks for reading, everyone.
Posted by Adam Riggio at 07:00

Email ThisBlogThis!Share to TwitterShare to FacebookShare to Pinterest
Labels: Jamming